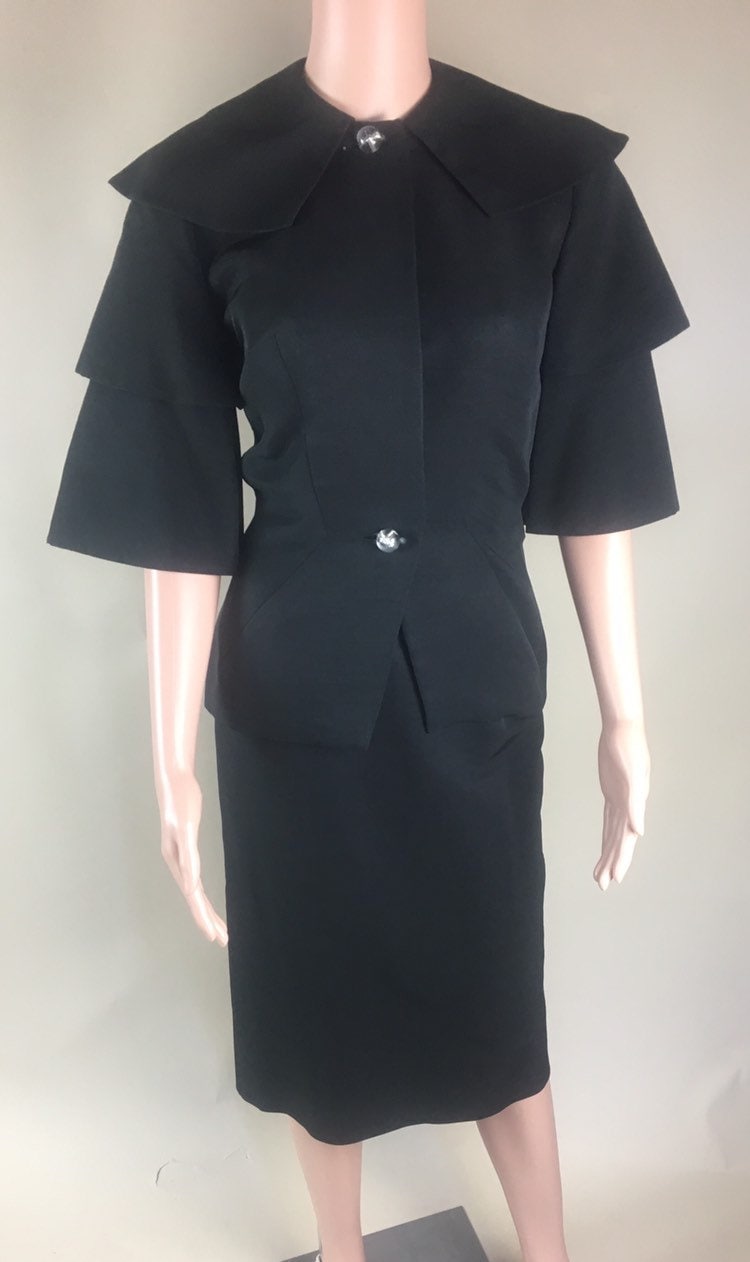 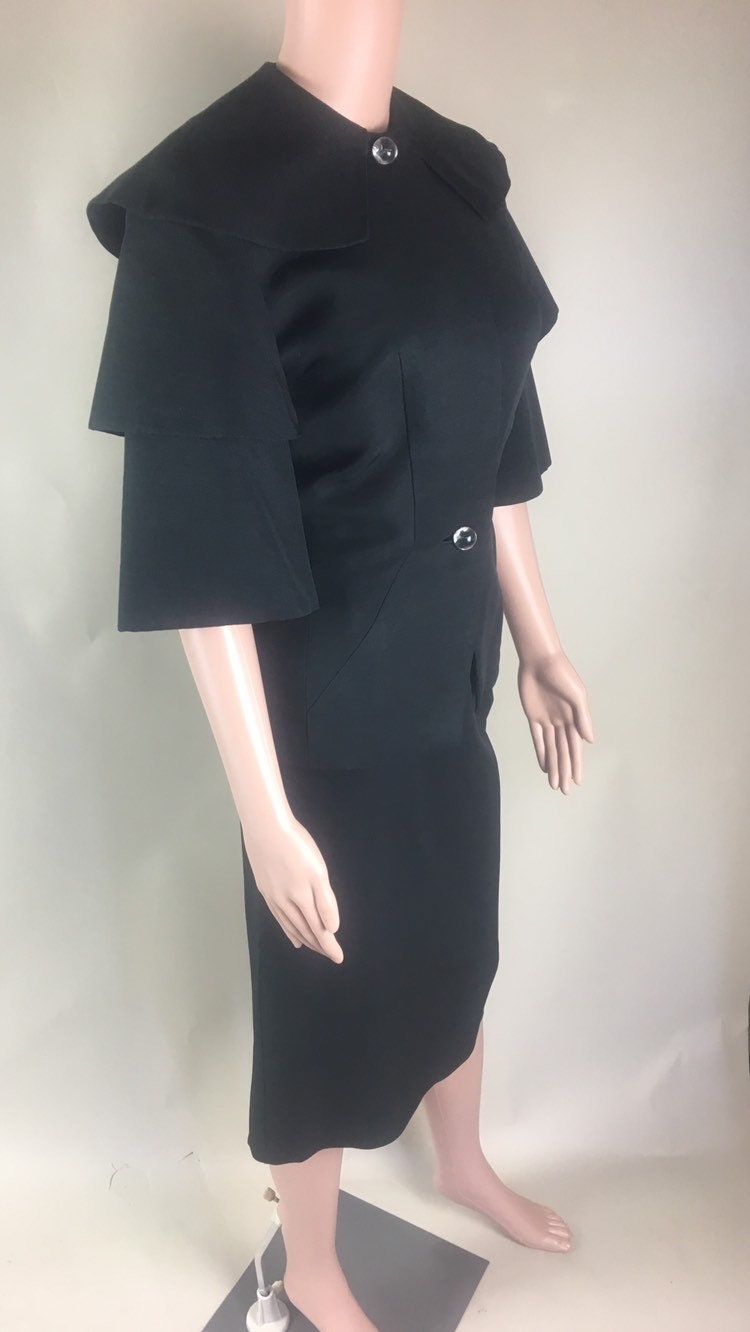 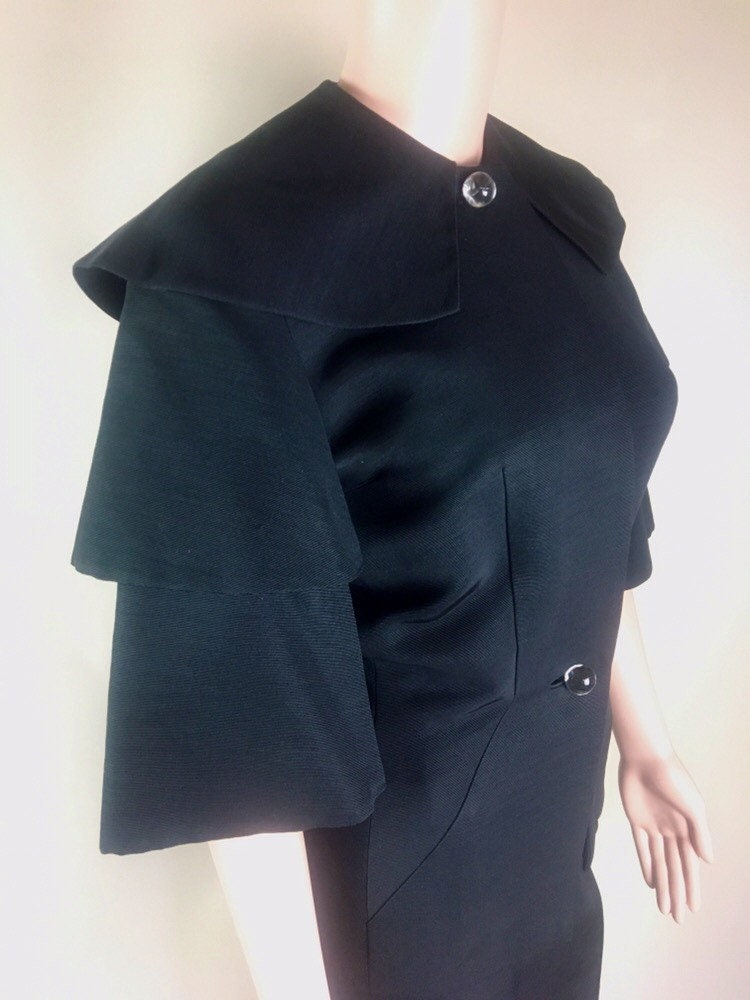 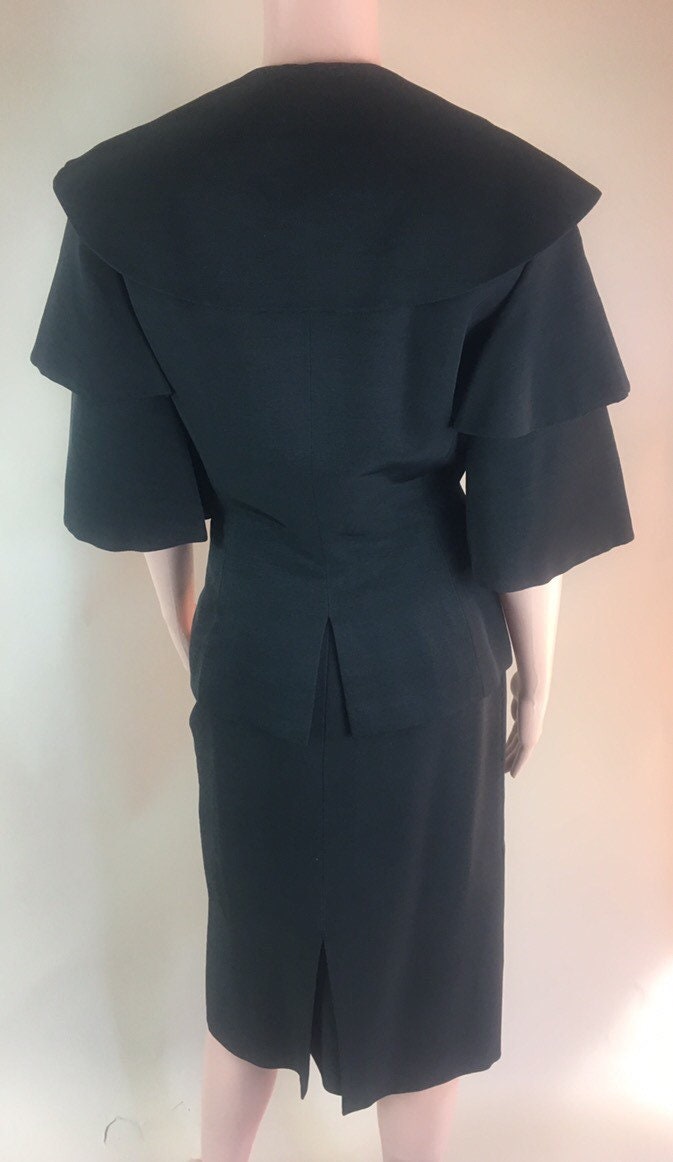 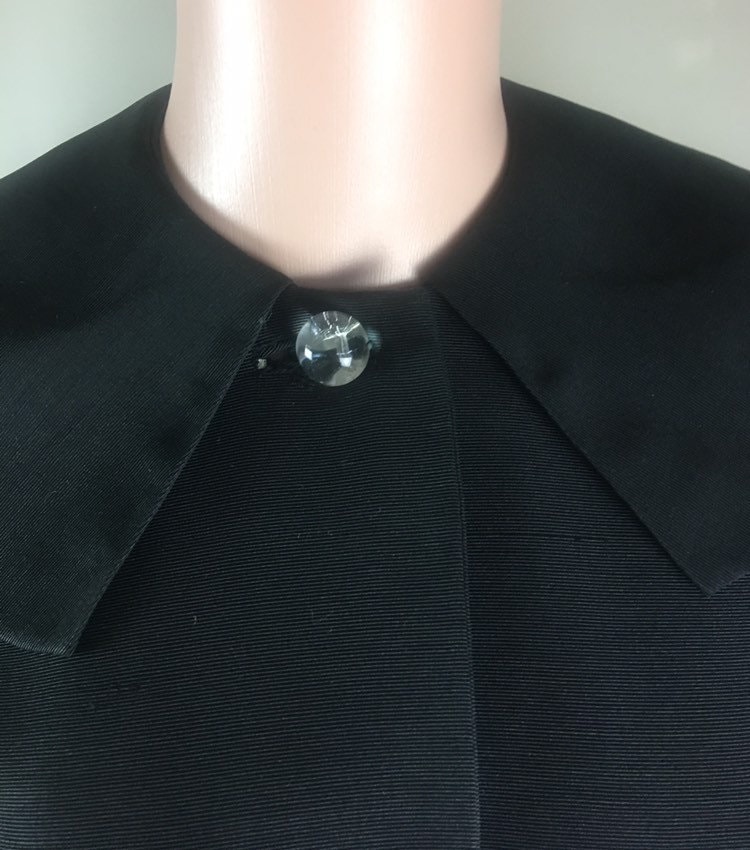 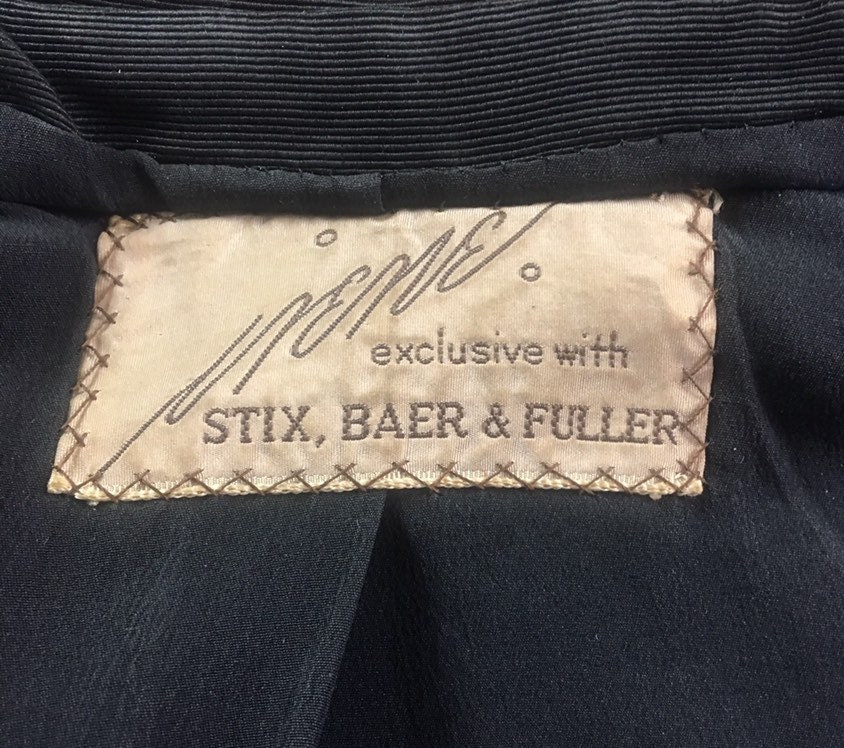 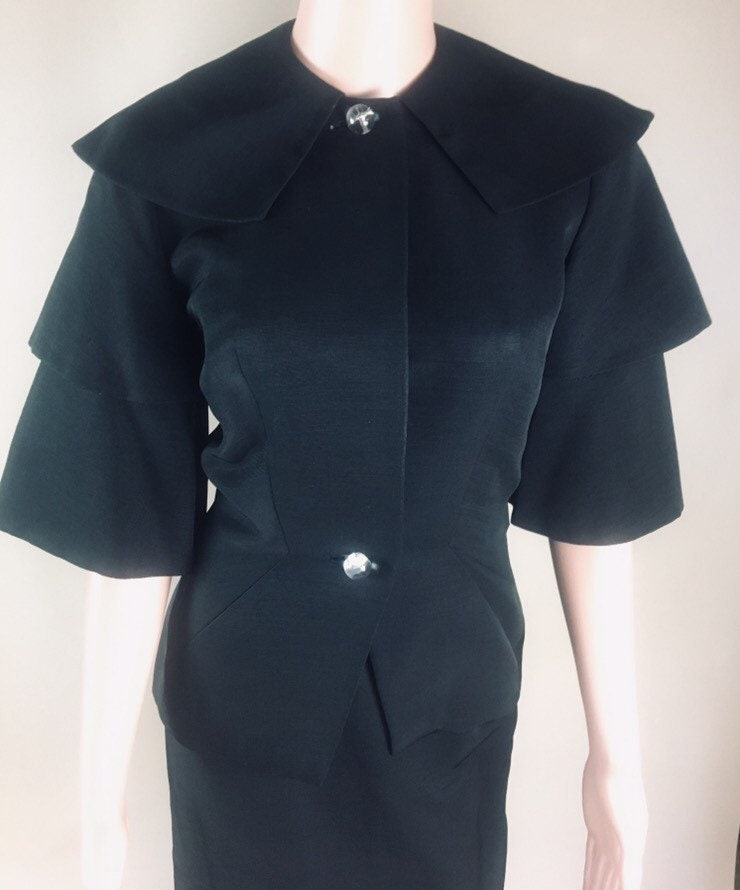 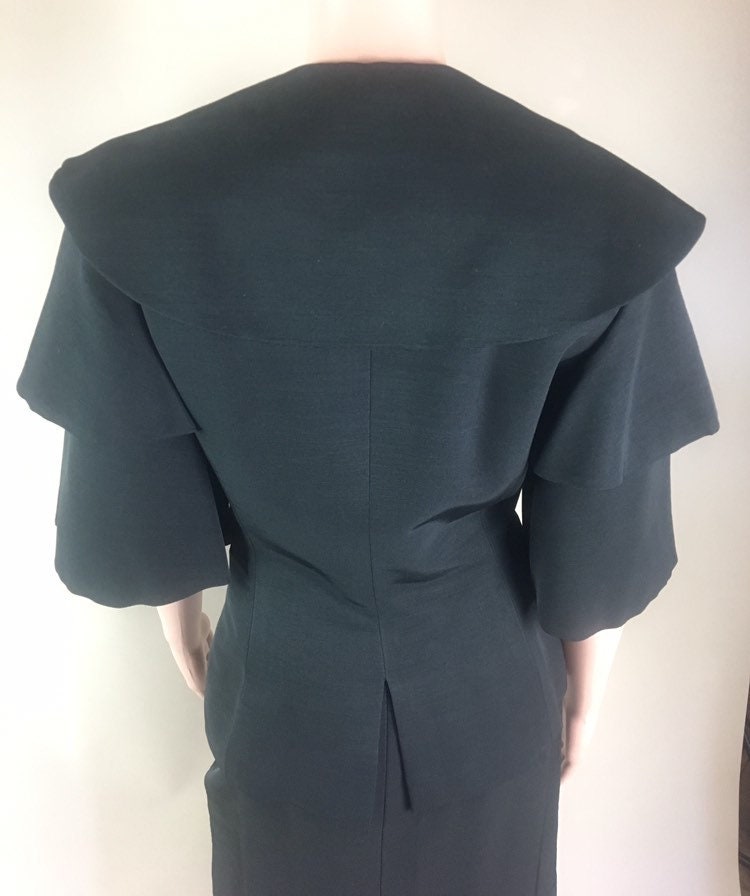 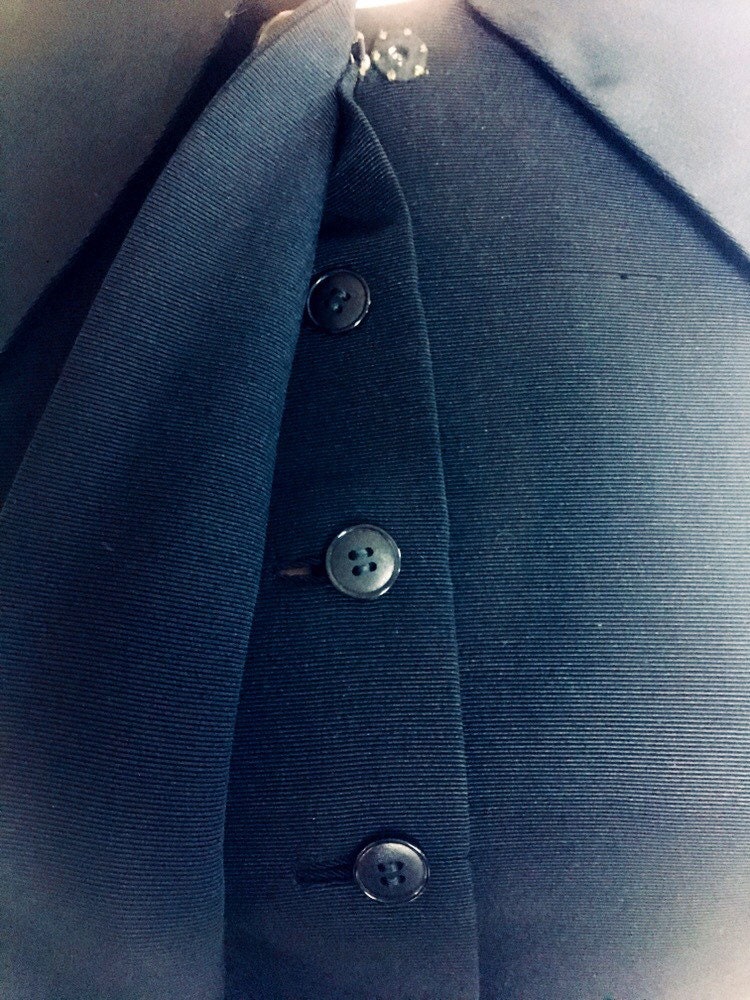 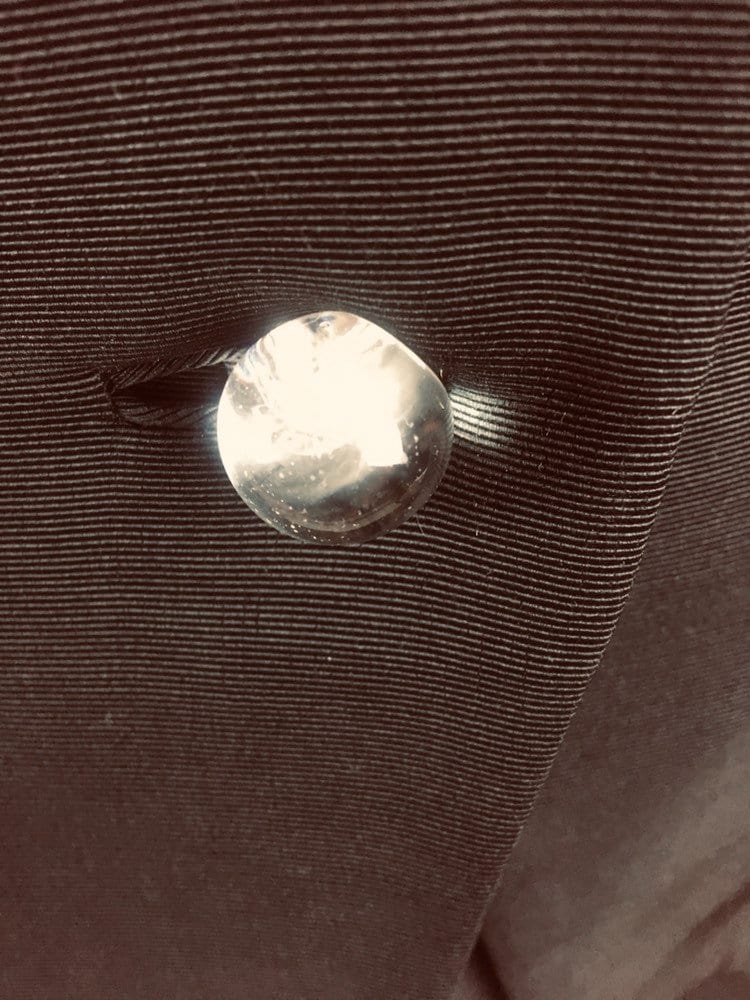 From Wikipedia: Irene Maud Lentz (December 8, 1901 – November 15, 1962) [1] also known mononymously and professionally as Irene, was an American fashion designer and costume designer. Her work as a clothing designer in Los Angeles led to her career as a costume designer for films in the 1930s. Lentz also worked under the name Irene Gibbons.

There is not a star in Hollywood that Irene did not design for and dress on film and in private.

This is an exceptional piece from the designer at the height of her fame. This skirt and jacket are in MINT condition!

The fabric is called Faille and is made of silk.

The jacket has a pilgrim collar and the 3/4 bell sleeves have two tiers. The inner jacket has 5 buttons and two snaps. Over the snaps on either side end are two clear ball buttons.

There are two darts at the waist that then run the bias on the peplum. The bottom of the jacket has a v opening in front and a 5” slit in the back. The inner jacket is lined in silk.

The skirt is banded with two darts and zips on the side. It’s a straight skirt with a 9” back inverted pleat. The skirt falls below the knee.

There are no pockets on either piece. Original zipper. Label in jacket says “Irene, exclusive with Stix, Baer & Fuller”