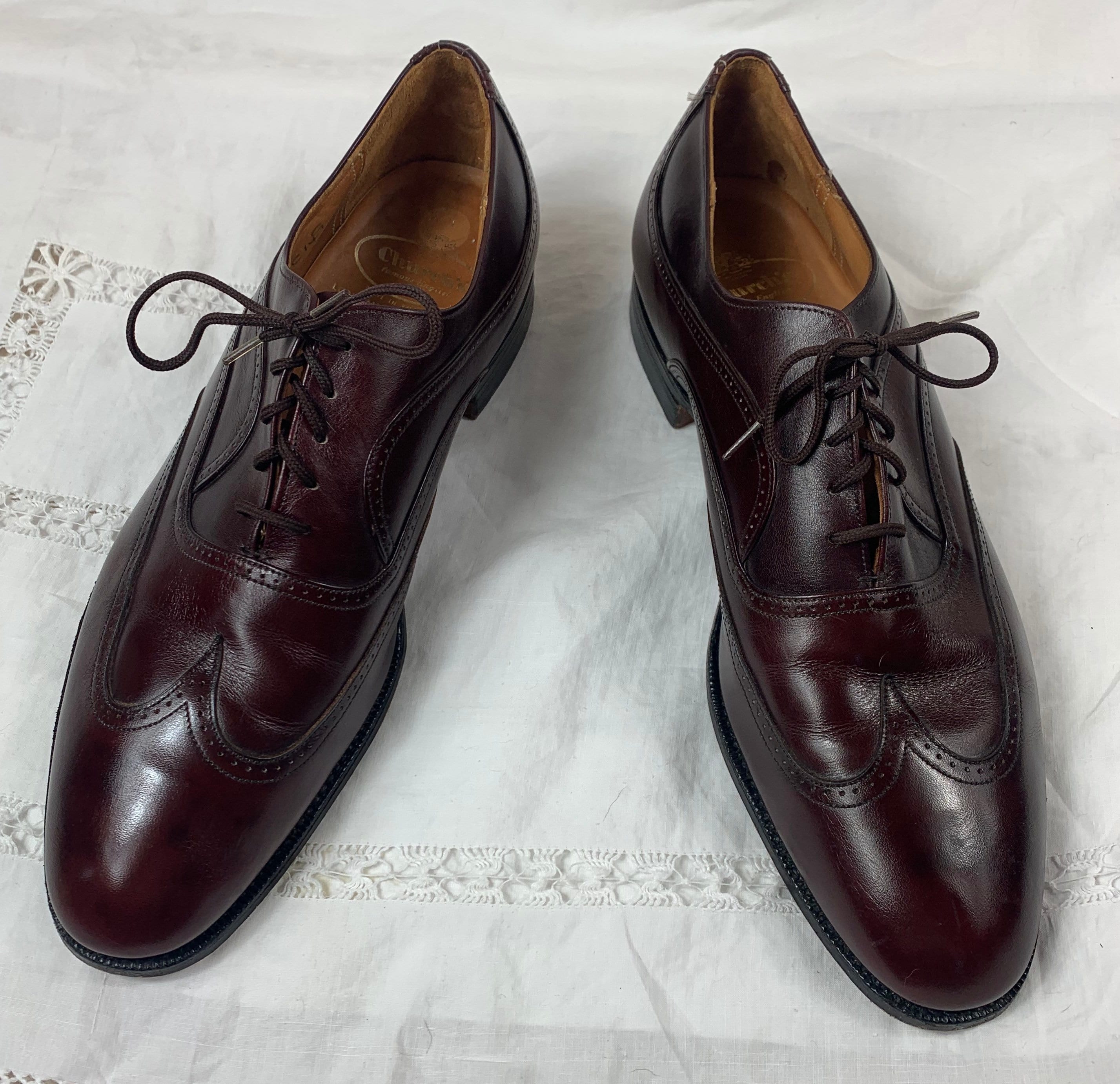 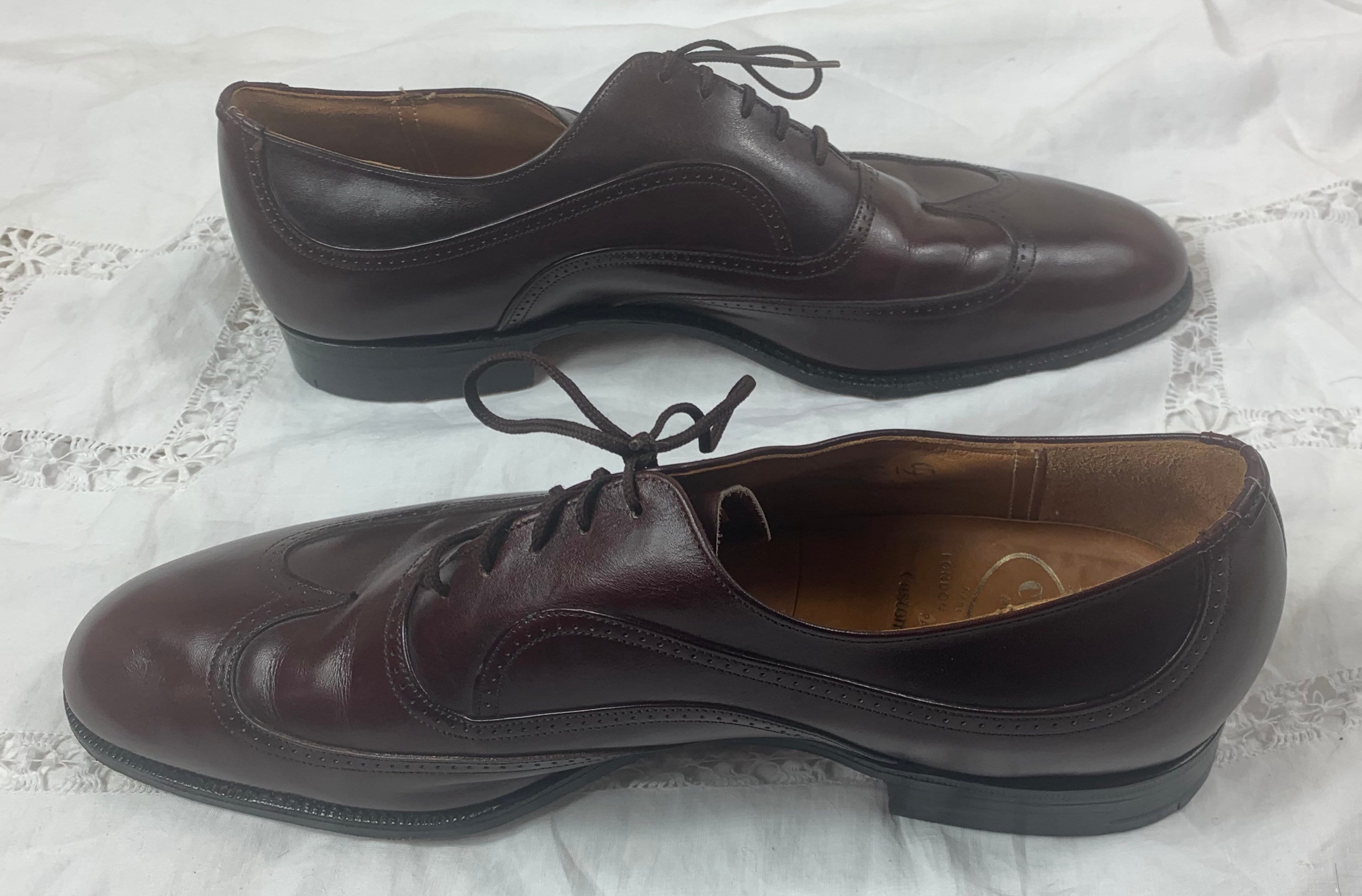 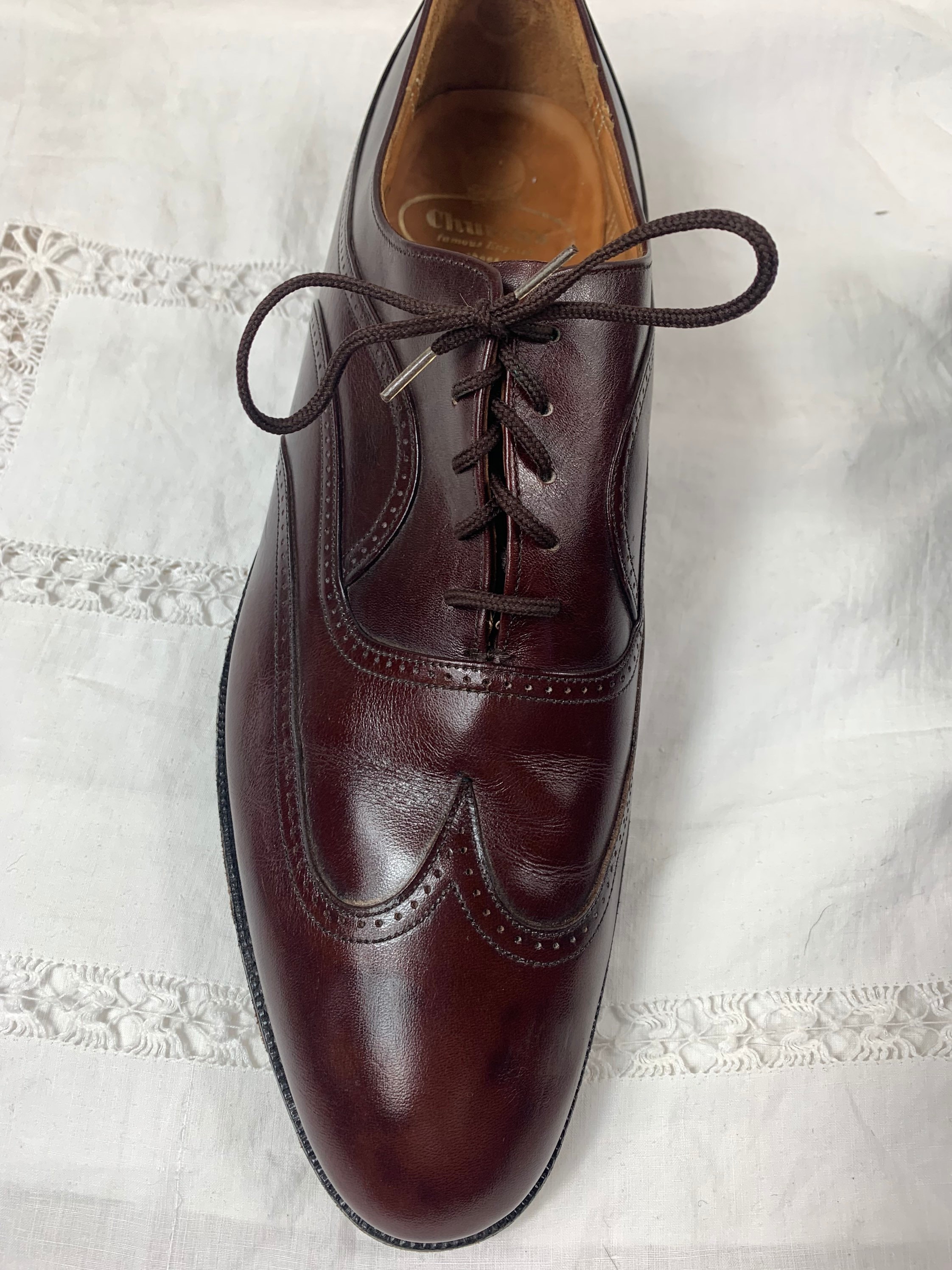 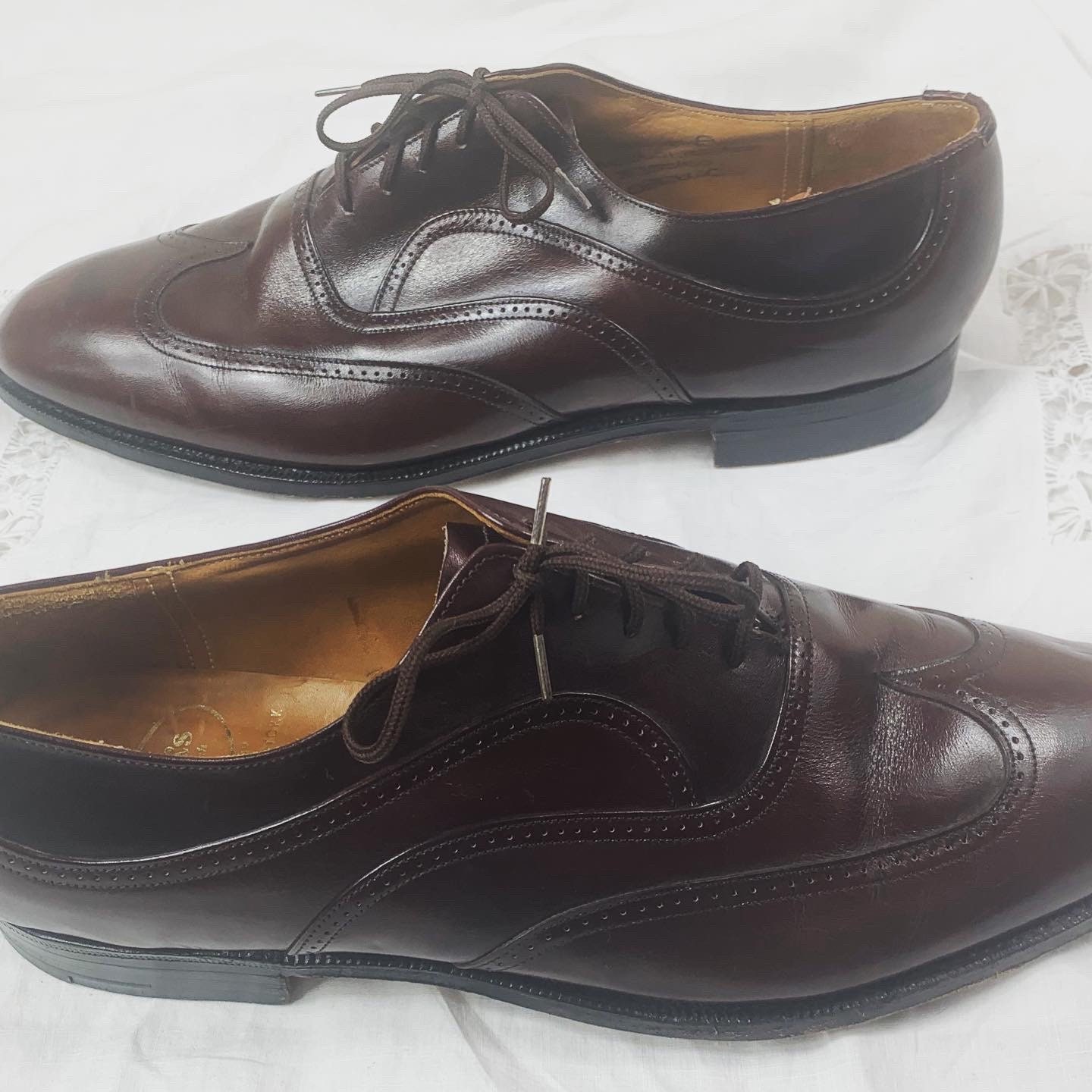 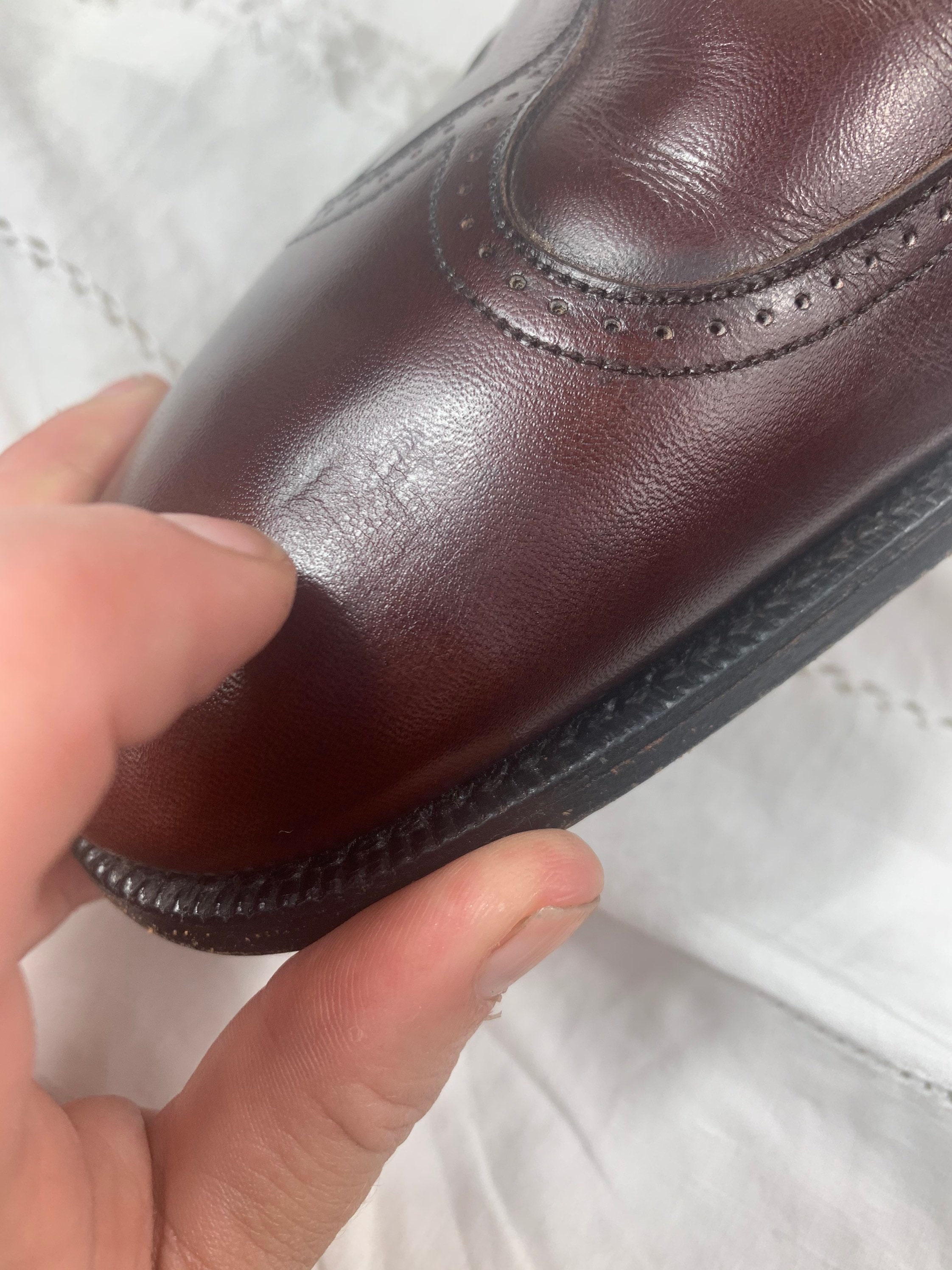 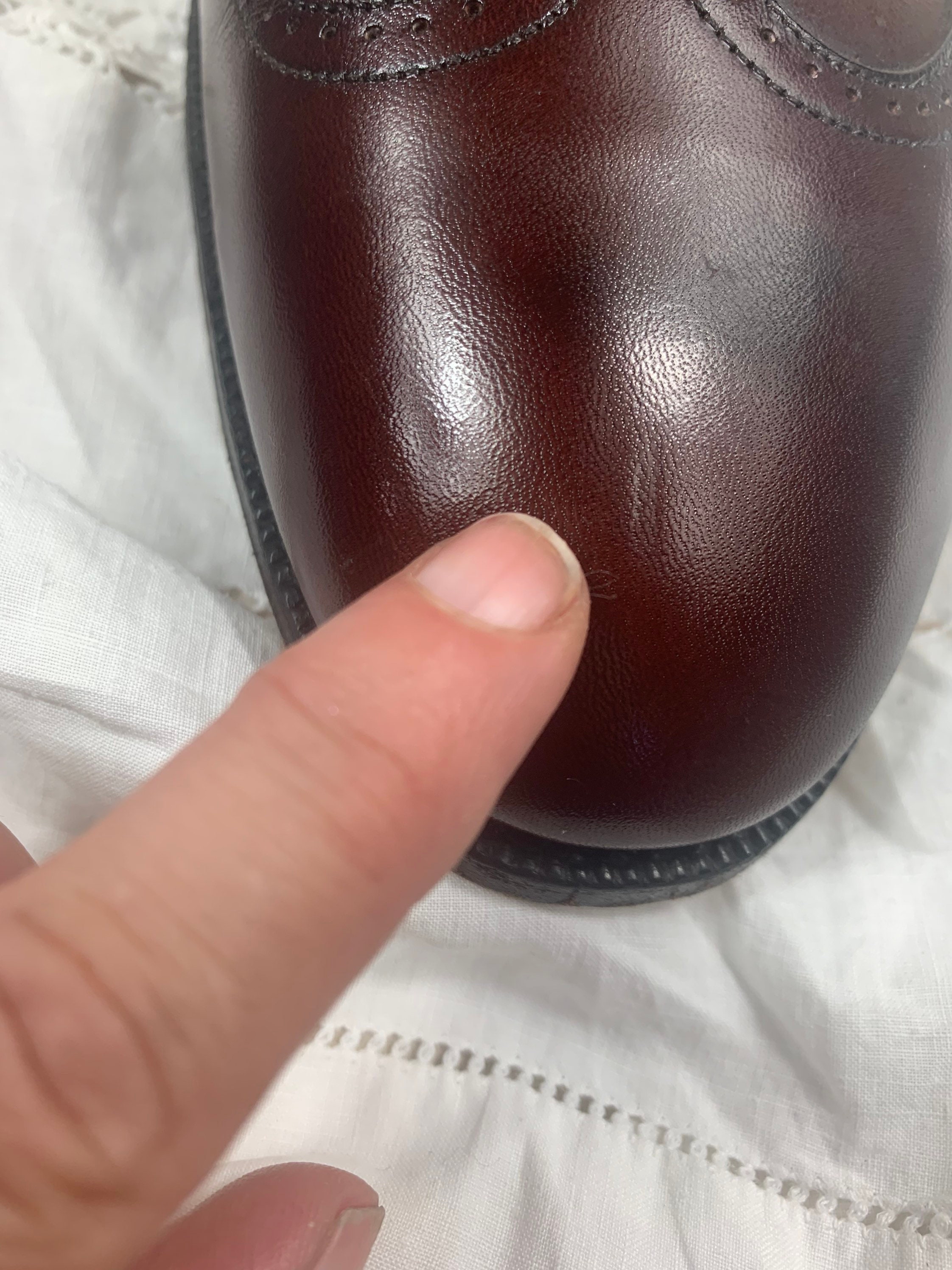 Another BEAUTIFUL hand sewn pair of leather shoes from Church’s, made in England.

Church’s are the academy award of high end and well made shoes:

Church’s is a high-end English footwear manufacturer founded in 1873 by Thomas Church and his three sons.[1] During the 1990s the company came under the control of Prada which bought 83% of the company at US$170 million.

Between the two world wars Church’s became actively involved in the development of the footwear industry in general. In 1919 the British Boot, Shoe and Allied Trades Research Association was created with Church’s as a founder-member. As a result of this partnership, the Northampton Technical College was established in 1925. This went on to become the University of Northampton in 2005.

This pair is a rich brown/maroon color, almost like a cherry wood.

Excellent Minus. I see a tiny imprints on the toe portions of shoes. It looks like something was pressing on them. I out high heat on the leather and rubbed most of them out but two tiny imprints remain. You might be able to massage them out at home.

Wear on bottoms however have a lot of wear left.